Dialing a safe open with my borescope. Drilled for

Nice old "Russell and Erwin" from before the compa

This was one of the dirtiest locks I've seen. Ther

Lol at this pretty old thing. Customer can't use T

If anybody has a kwikset smartkey deadbolt that fa

I wonder how often they calibrate those KeyMe kios

There's many ways to make a spring for a mortise l

Why would you want a lock on your gate? It is easy enough to climb over a five foot fence if you aren’t completely out of shape, so why lock a gate? There are lots of reasons.

There are some important things to take into consideration when contemplating a lock for your gate. Gates are usually subject to harsher weather conditions because they are typically not installed underneath eaves or roofs. They may get rained on directly. Many locks aren’t built to tolerate that much moisture and will corrode very quickly. When I install locks on a fence I make sure to seal the wood around the lock with sealant. Too many times I have taken locks off of fences to find that they have rotted out from the inside because the fence was never painted or sealed and consequently absorbed water like a sponge. The bolt or latch must be protected from water if you want it to work for more than a few years.

There are many different kinds of locks to consider for a gate. The cheapest option

is to buy a small padlock to put through the holes in the typical gate latch that is installed on 90% of cedar gates in Seattle. This is limiting because you can only unlock the gate if you approach it from the side that has the padlock. I never cared for this style of latch anyway because it can’t be opened from the other side of the gate unless you reach over the gate or rig up some Mickey-Mouse solution with string or wire going through or over the fence so that you can pull the string to release the latch. There are better solutions, though they cost more… 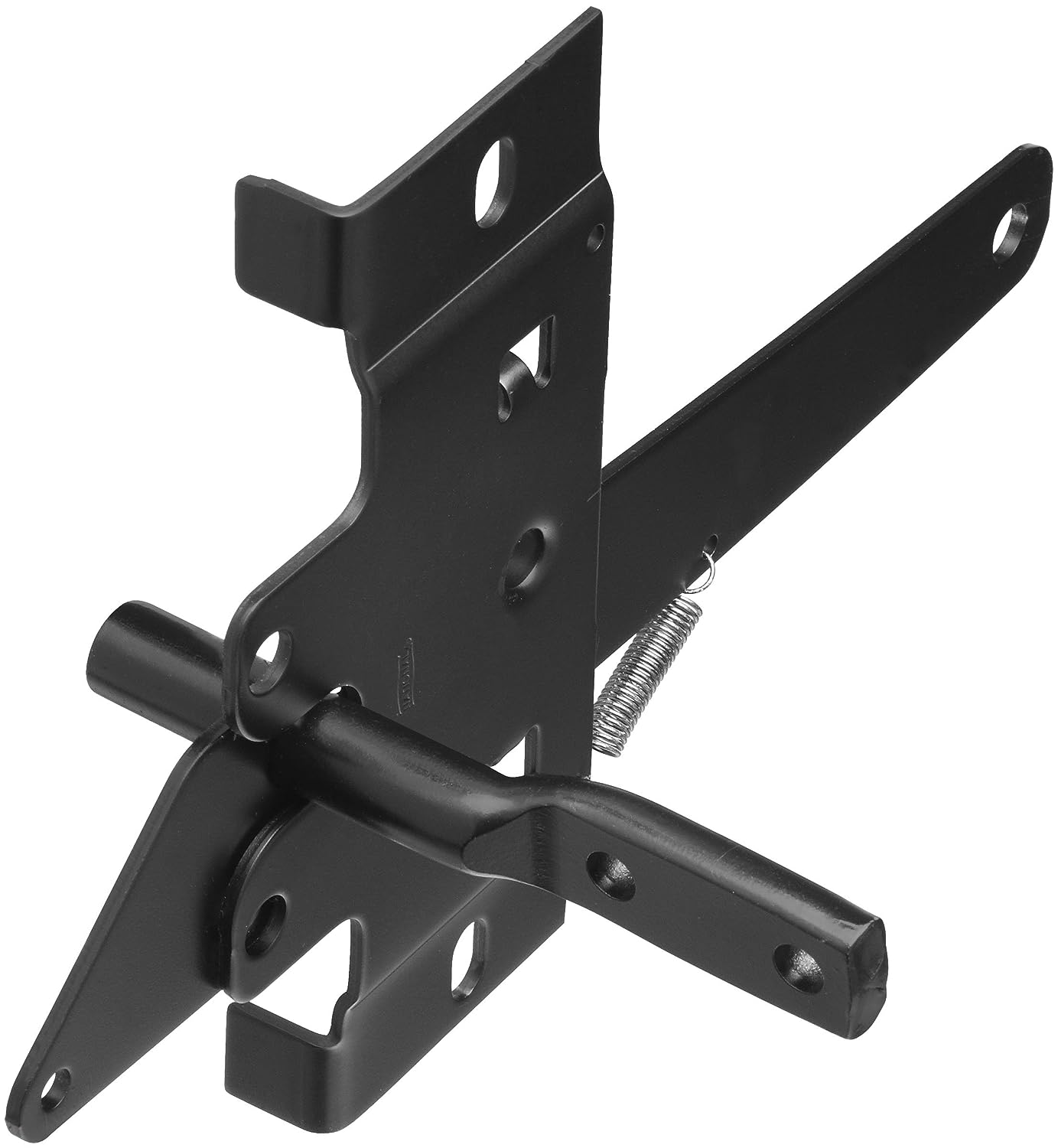 A better gate latch that allows you to open your gate from both sides only costs $10 more. It is also slightly harder to install though and if your gate was built with really tight tolerances the gate latch may have to be slightly mortised in. This style of latch is still limiting because the only easy way to lock it would be with a padlock that is accessible from one side of the gate only. To be really convenient and secure this gate latch would have to be installed in conjunction with a double sided deadbolt. If you are considering a double sided deadbolt though, you may as well get a “nightlatch”.

When installed properly, there is really no better solution than a double cylinder night latch such as the Schlage B252. Unlike a deadbolt, your gate can be swung shut and it will automatically latch. It can be unlocked from either side with the key. The other great thing about having a night latch like this on your gate is that it can be keyed to match your house if desired. If the property owner has hired help for the yard, the gate lock can also be masterkeyed so that the homeowner’s key will work, but an additional key for the gardener will also work. The gardener’s key will only work on the gate and perhaps the garden shed or other outbuildings but not the house doors. This allows for key control and also convenience for the homeowner. Some sort of pull handle is a good idea if you have a night latch installed. Otherwise people will pull the gate open with their key and eventually someone will break their key off in the gate lock.

If your gate is an entrance with a high frequency of use, you may want what is called an institutional or asylum function lock, which is a knob or lever that is locked on both sides. A key is required to open the gate from both sides. This is a popular option for marinas and gates for apartment building yards.

For the property with a lot of people coming and going through the gate, another option is electronic access control. Alarm Lock makes really good locks with latching option just like the Schlage B252 but with keyless entry opfour tions. A double cylinder option from Alarm Lock is not the cheapest solution at an MSRP of $1400 on up to over $2000 for those wanting an audit trail, though their feature set justifies this price. If you are considering such a lock for your gate, take precautions and seal the wood before you install the lock. I was once called out to service a double sided Alarm Lock DL5300 that didn’t have the weatherproofing option and was installed on a gate that was only four feet tall and could easily be hopped over. This $2000 lock was incorrectly specified by another large locksmith in Seattle though I won’t name names. The corrosion on the inside of this expensive lock was tremendous. The only thing salvageable from this lock was the battery pack. As an aside, the owners told me that the four foot fence was very effective at keeping drunk vagrants out of their yard. They watched more than one clumsily try to climb over their fence and fall off outside their fence before giving up and leaving or in one case simply falling asleep in a heap outside their fence.